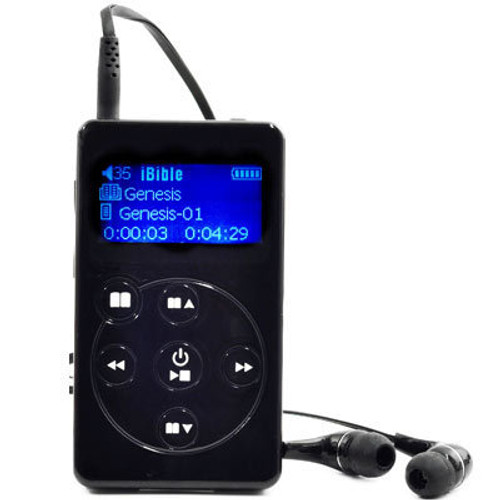 Features:
• New American Standard Bible - (1971 Original 1st Edition)
• Both Old Testament and New Testament
• Voice Only Narration
• An Electronic Bible comes loaded with the complete NASB Bible.
• Comes with a One year manufacturer's warranty
• Each chapter is on its on individual track so you can select the exact book and chapter you want to listen to.
• Electronic Bible includes everything you need to Listen to the Bible - Easy to read Manual, Earbuds, Rechargeable lithium battery, and Charger.

Voice narrator/Artist:
• Narrated by Stephen Johnston.
• Stephen Johnston has narrated and sold more translations of the Bible than any other person in history
• He has gained an international reputation as an award winning narrator
• He has received many awards including an Emmy, the New York Film Critics Award, the National Silver Microphone Award and the Army Commendation Award