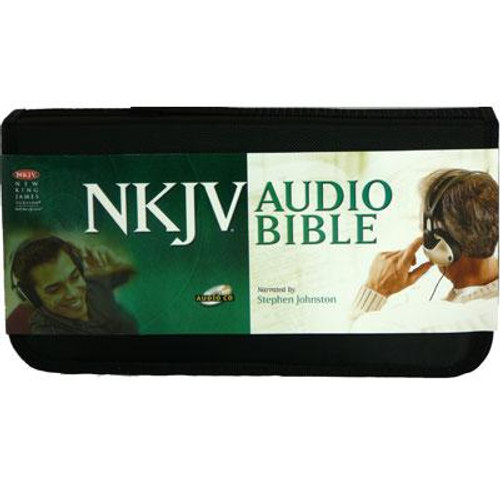 Features:
• New King James Version Bible
• Both Old Testament and New Testament
• Voice only narration by Stephen Johnston
• Complete Bible on 58 audio CDs
• Comes in zipper carrying case
• Each CD has each chapter indexed on its on track to easily find the chapter you want to listen to.