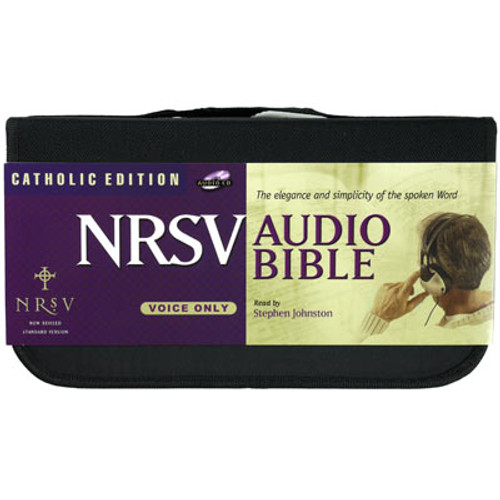 Features:
• Complete Catholic NRSV Bible on 65 CDs
• Comes in zipper carrying case
• Voice only narration by Stephen Johnston
• Each CD has each chapter indexed on its on track to easily find the chapter you want to listen to.

Translation Information:
• New Revised Standard Version Audio Bible
• Published in 1990 to be a Bible for all people.
• Number of Translators: 30
• Translation is a balance between word-for-word and thought-for thought
• The Catholic edition includes an Imprimatur by the Most Rev. Daniel E. Pilarczyk, President, National Conference of Catholic Bishops