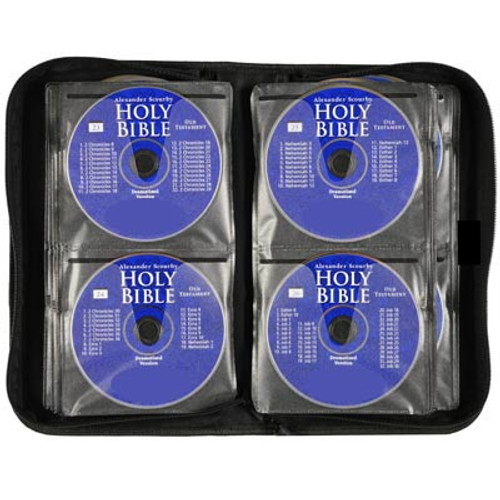 Features:
• Complete KJV Bible on 59 audio CDs
• Both Old Testament and New Testament
• Fully dramatized version of the KJV Bible;Alexander Scourby narrates the bridge text where there are no characters speaking.
• Comes in zipper carrying case
• Digital format for crystal clear sound
• Each CD has each chapter indexed on its on track to easily find the chapter you want to listen to.