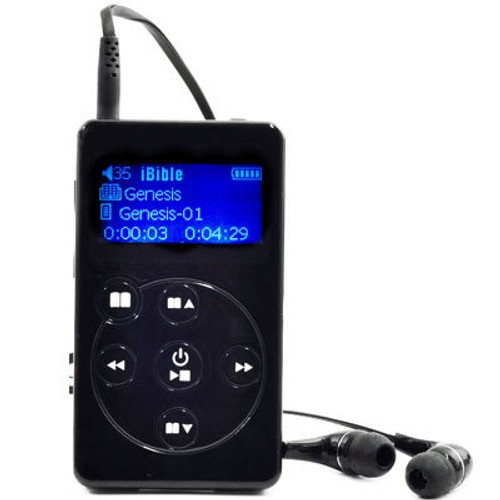 Features:
• Electronic Audio Bible player is pre-loaded with the complete Old and New Testaments.
• Electronic Bible includes everything you need to Listen to the Bible - Easy to read Manual, Earbuds, Rechargeable lithium battery, and Charger.
• Simple to use, no computer need
• Self-contained—cannot be erased accidentally.
• Comes with a One year manufacturer's warranty