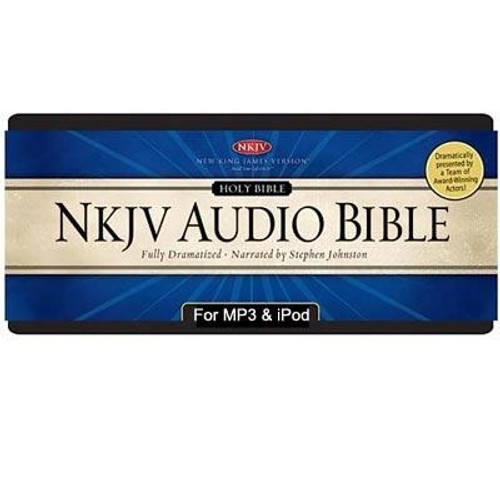 Features:
• Complete NKJV Downloadable Audio Bible
• Both Old Testament and New Testament
• Fully dramatized version of the NKJV Bible - New King James Version Bible
• Length: 69 Hours and 47 Minutes of Bible Reading
• Stephen Johnston narrates the bridge text where there are no characters speaking
• Each chapter is on its on individual track so you can select the exact book and chapter you want to listen to
• Recorded at 32 KBPS, total file size is 1.27 GB for installation of the entire Bible.

Voice narrator/Artist:
• Narrated by Stephen Johnston
• Stephen Johnston has narrated and sold more translations of the Bible than any other person in history
• He has gained an international reputation as an award winning narrator
• He has received many awards including an Emmy, the New York Film Critics Award, the National Silver Microphone Award and the Army Commendation Award