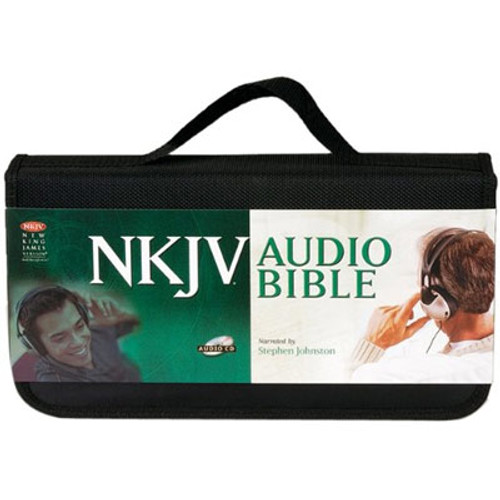 Features:
• New King James Version Bible
• Complete Bible on 58 audio CDs
• Both Old Testament and New Testament
• Word for word reading over a soft instrumental background by Stephen Johnston.
• Packaged in an attractive padded zipper case
• Each CD has each chapter indexed on its on track to easily find the chapter you want to listen to.

Voice narrator/Artist:
• Narrated by Stephen Johnston.
• He has received many awards including an Emmy, the New York Film Critics Award, the National Silver Microphone Award and the Army Commendation Award
• Stephen Johnston has narrated and sold more translations of the Bible than any other person in history
• He has gained an international reputation as an award winning narrator