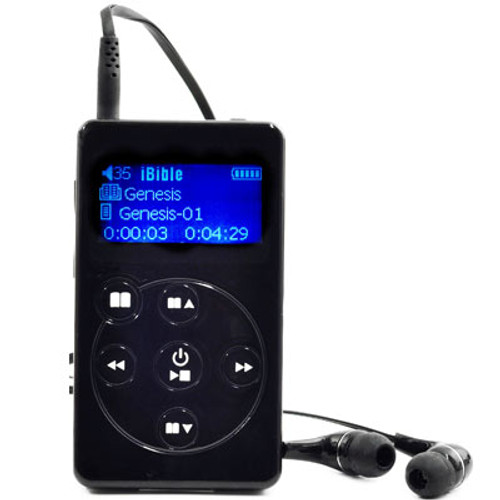 • King James Version Bible
• Both Old Testament and New Testament
• Simple to use, no computer need
• Self-contained—cannot be erased accidentally.
• Includes earbuds, manual, Rechargeable long lasting lithium battery and its own charger
• Each chapter is on its on individual track so you can select the exact book and chapter you want to listen to.